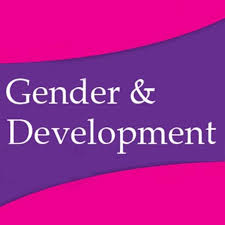 In July 2018, the international journal Gender & Development will examine the theme of information and communication technology (ICTs), through the lens of gender equality and women’s rights.

G&D is a unique journal, producing content on three themes each year – in March, July and November – to inform and influence development policymakers, practitioners and researchers about placing women’s rights and gender equality at the centre of their work. It is published for Oxfam by Routledge/Taylor and Francis. G&D provides a forum for the sharing of innovation, good practices and lessons learned from researchers, policymakers, development practitioners and feminist activists, particularly offering space to those from the global South. For more information, visit www.genderanddevelopment.org.

The rapidly-evolving digital landscape is radically transforming the way people around the world access information and services, offering immense potential to individuals, groups and communities for poverty eradication and empowerment, creating new routes for learning, earning, and political activism. SDG 5 recognises the particular empowerment potential of ICTs for gender justice, aiming to ‘Enhance the use of ICT to promote the empowerment of women’.

This issue of Gender & Development will take a feminist analysis of new, exciting realities, emphasising that technologies themselves are not neutral, offering potential for both positive and negative applications and impact. It will feature grounded case studies from different global South contexts of activism using ICTs for gender equality and the economic, social and political empowerment of women.

Read more
Call for good and promising practices on the use of ICTs for Agriculture in Europe and Central Asia (deadline: 8 October 2017)
Information Communication Technologies for Development (ICT4D) Livelihoods News
C4D Network Editor
0

The Food and Agriculture Organization of the United Nations (FAO) and the e-Agriculture Community of Practice (CoP) are launching a call for good and promising practices on the use of ICTs for Agriculture in the region of Europe and Central Asia.

The call aims at collecting lessons learned and recommendations of Information and Communication Technologies (ICTs), also called digital technologies, for agriculture initiatives in Europe and Central Asia and sharing them among the members and followers of the e-Agriculture Community of Practice and beyond.

The selected good and promising practices will be disseminated on the e-Agriculture platform and social media and will be part of an online FAO publication on good practices on the use of ICTs for Agriculture in Europe and Central Asia.

A presentation on experience capitalization and good practices in ICTs for agriculture is available in English and Russian (link will be made available soon), giving more information on the methodology. 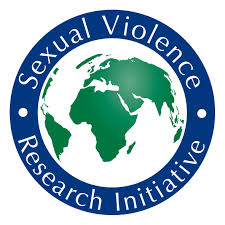 The Sexual Violence Research Initiative (SVRI) in partnership with the World Bank Group (WBG) have created the SVRI and the WBGs Development Marketplace for innovations on Gender Based Violence (GBV) prevention and response in low and middle income settings. We are seeking proposals for innovative research and interventions or related activities that will contribute to the prevention and response of GBV in low and middle income countries.

What will be supported through this grant?

Types of projects that may be supported through this call for proposals include:

Applications in English, French and Spanish will be accepted. 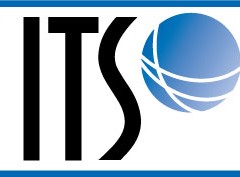 The 2nd African Conference of the International Telecommunication Society (ITS) in Lusaka, Zambia (15-16 March 2018) will focus on the interplay between technology developments and market and policy and regulatory developments in the Information and Communication Technology (ICT) field in African countries. Contributions focusing primarily on technology issues as well as contributions focusing primarily on market and/or policy and regulation are welcome. Contributions from and about other countries and regions of the world are also welcome. Telecommunications, information technology areas, and media have been converging during the past decades. The manifestations of ICT convergence in terms of social developments and market and industrial developments in African countries are called for. Papers on the separate fields of telecommunications as well as the use of information technologies and broadcasting and other media developments are also welcome. Papers on Information and Communications Technology for Development (ICT4D) including Mobile for Development (m4D) and papers with an interest in uses of ICTs at the bottom-of-the-pyramid (BOP) are solicited. 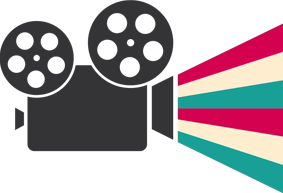 The Global Migration Film Festival showcases films that capture the promise and challenges of migration for those who leave their homes in search of a better life and the unique contributions migrants make to their new communities.

In 2016, the inaugural festival took place in 89 countries. Nearly 10,000 people attended 220 screenings at cinemas, universities, cultural institutions and other venues. The festival hosted 13 films and documentaries, as well as 200 short films about and by migrants.

“The journeys migrants take, sometimes full of peril, often full of hope, have been the subject of films throughout the history of cinema,” said IOM Director General William Lacy Swing. “We hope the films at our next festival will instil understanding, empathy with characters, awe at their journeys and admiration for those who welcome their new neighbours.”

Festival themes: The promise and challenge of migration, and the positive contributions migrants make to their new communities.

Professional filmmakers working in all genres are invited to submit films of at least 25 minutes in length for consideration.

Emerging filmmakers from 92 select countriesare invited to submit films of at least 25 minutes in length for both the festival and a competition.  A committee of international film professionals will select three standout productions, and each winner will receive USD 1,500.

Filmmakers from 92 select countries who have migrated in their lifetime are invited to submit a short video about their own experience, or a profile of other migrants, to become part of IOM’s globali am a migrantcampaign. These videos will also be considered for screening at the 2017 film festival.

Festival locations, dates and selected films will be announced in October 2017.

The Global Migration Film Festival is a partner of Plural+ and the UN campaign, TOGETHER, which aim to change negative perceptions and attitudes towards refugees and migrants.

Voice is a new grant facility that supports the most marginalised and discriminated people in ten low- and lower-middle income countries in Africa and Asia. It aims to amplify and connect thus far unheard voices in efforts to leave no one behind. Voice is an initiative of and financed by the Ministry of Foreign Affairs of the Netherlands as part of their overall policy framework ‘Dialogue and Dissent’ and is executed by a consortium between Oxfam Novib and Hivos.

The Voice grant facility is designed to support informal groups as well as formal organisations and networks, though the applicant needs to be legally registered. These are the four different types of grants:

Creating flexibility to undertake collective action to address specific unanticipated opportunities. This could be influencing policy or dealing with a threatened reduction of civic space. Grants responding to a sudden opportunity are available on a rolling basis primarily at the national level with limited opportunities for global grants.

For groups and organisations to test and scale new approaches with a focus on human-centred innovations that are very context-specific. Innovate and learn grants are available from €5,000 to €200,000 both through a national and/or global call for proposals.

Targeting organisations and networks to strengthen their lobby and advocacy capacities and amplify the voice of marginalised and discriminated groups. Influencing grants that are country specific are available from €25,000 to €200,000 while a global multi-country call goes up to a maximum of €500,000. All influencing grant calls at national level will be announced via the country pages or via the home page for global multi-country level.

Targeting (informal) groups or organisations to raise awareness, develop transformative leadership, build confidence and skills and work against stigmatisation of marginalised and discriminated groups. Empowerment grants are smaller grants with a maximum timeframe of 24 months. Informal groups can access funding by partnering with a formal ‘host’ organisation.

The interdisciplinary journal, ‘Telematics and Informatics’ has a call for papers on ‘ICTs and Sustainable Social Change’ – whether a more theoretical essay, a review type of submission, or a hard core empirical paper, each contribution should properly address the issue of how ICT policies can promote participation, ‘sustainability’ and impact on social change. Papers can be submitted and will be reviewed on an ongoing basis, with a final deadline of 1 February 2018. 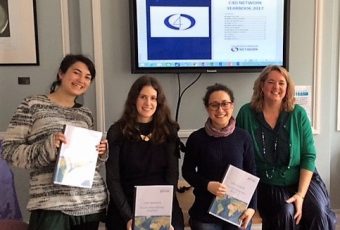 Our C4D Yearbook presents an overview of the Network – from country chapters to our current partnership projects – and highlights all our upcoming projects, themes and events for 2017. If you would like to play a larger role in the Network the Yearbook also offers suggestions for how to get involved. This is our first Network Yearbook and it was put together in recognition of our growth from small beginnings as a consultants’ lunch group ten years ago, to the present global network of over 3,000 C4D members, with emerging country chapters and strong collaborative energy and great potential. The full Yearbook can be viewed here. 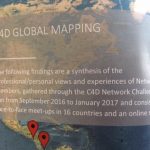 Our 2016/17 C4D Network Mapping Study is an overview of our ‘C4D Where You Are’ mapping conducted by Network members around the world. The findings of this Study are the result of various Network Country Chapter Meet-Ups between September 2016 and January 2017, and responses to a country-specific online survey from nearly 50 countries. Discussions and responses have been gathered in English, French, Spanish and Arabic; and where possible – and with the assistance of a dedicated team of Network volunteers and contractors – these have been translated, transcribed and synthesised. And this is the result – a Study that presents a country snapshot of ‘Communications for Development’ around the world, from the perspective of Network members who are working in C4D or teaching it, studying it, supporting it and on occasion commissioning it. We have valued doing this research, and thank all the Network members who have contributed to it. We hope to carry out similar research annually to collectively see where we are and how we are improving what we do for greater development and human rights impact. The full Study can be viewed here

A wide range of people have tirelessly advised and worked on the evolution of the Network and we would like to say a big thank you to all members of the C4D Network for supporting its development over the past ten years. Onwards and upwards! 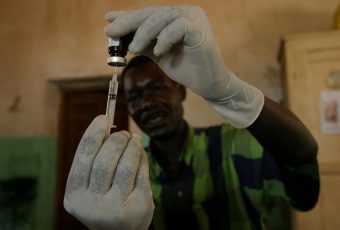 Our ‘Sounds of Health’ podcast brings together a range of fantastic contributions from C4D Network members – stories and songs which demonstrate C4D’s key role in the health sector across the world. We travel from the Solomon Islands, with a song on Dengue awareness, to Somaliland, to hear how a midwife receives vital training through medical films. On the way, we meet Mr Plan Plan fighting Ebola, hear about breastfeeding campaigns in Pakistan, and much more. Presented and edited by Rashawn Thompson for the C4D Network. 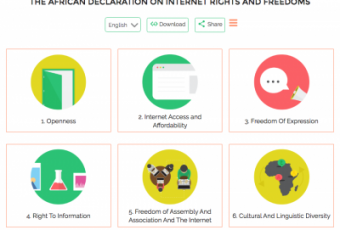 The African Declaration on Internet Rights and Freedoms was developed to broaden the view of civil and political rights to include internet-related issues that are important for developing country actors. Those for whom the Internet is a vital platform for expression and participation, including women’s rights activists and people of diverse sexualities and gender identities, will see their issues reflected in the Declaration.

Now, APC has launched a new interactive platform – Engage.AfricanInternetRights.org – that offers new ways to engage with the Declaration and show what internet rights in Africa mean in action. Visitors can share research, resources, case studies and multimedia content that is related to the principles of the Declaration.

Who should use the platform?
Human rights defenders, journalists, policy makers. Anyone interested in internet rights, particularly in the African continent can view the Declaration and supplementary content related to each principle. Visitors can also add their research, publications, events, videos, images and more, which is categorised by principles in the Declaration.